Utah Restaurants that have been on Diners, Drive-Ins, Dives TV

The city of Arvada has grown tremendously over the past few years – from 2010 to 2020 the population grew by more than 15% – and with more and more people moving from the city to the suburbs, localities like Arvada need more restaurants. Especially in the northwestern part of town, good restaurants are scarce. Fill this void, Lot Que brings a much needed dose of flavor, thoughtful barbecue, eclectic sides and a downtown feel to quaint Five Parks Village.

Josh timon moved to the village of Five Parks about 20 years ago – that’s when he recognized the need for a restaurant. â€œWe always had to drive to Boulder or Louisville to get to good restaurants. Even Olde Town is a 20 minute drive from here, â€he said. Emboldened by the idea, Timon and his neighbor – Jaime Miles – started talking about opening a restaurant in one of the wasteland in the neighborhood. The land had been vacant for 20 years and was originally intended to be a day care center. Miles ended up buying the lot, and plans for a restaurant began to materialize. â€œHe wanted to live in the suburbs but have an urban feel,â€ Timon said of the building’s design.

The location feels like a downtown district complemented by a park and buildings with businesses below and residences above. It is reminiscent of the Highlands district, with a slightly different clientele. â€œWe had to appeal to the demographics here. It’s girls’ nights, drinks after golf, dating, families having a bite to eat, â€explained Timon.

As businessmen at heart, Miles and Timon were inspired by the investment strategy of a friend and fellow restaurateur in Dallas and used a similar strategy to open their first restaurant – Lot One. The investment strategy allows community members to buy shares in the restaurant and earn returns every year. Timon and Miles used the same strategy to open Lot Que. â€œ98% of our investors live within five kilometers of the building. This community built these two restaurants and is the reason we were able to thrive during the pandemic â€ said Timon. 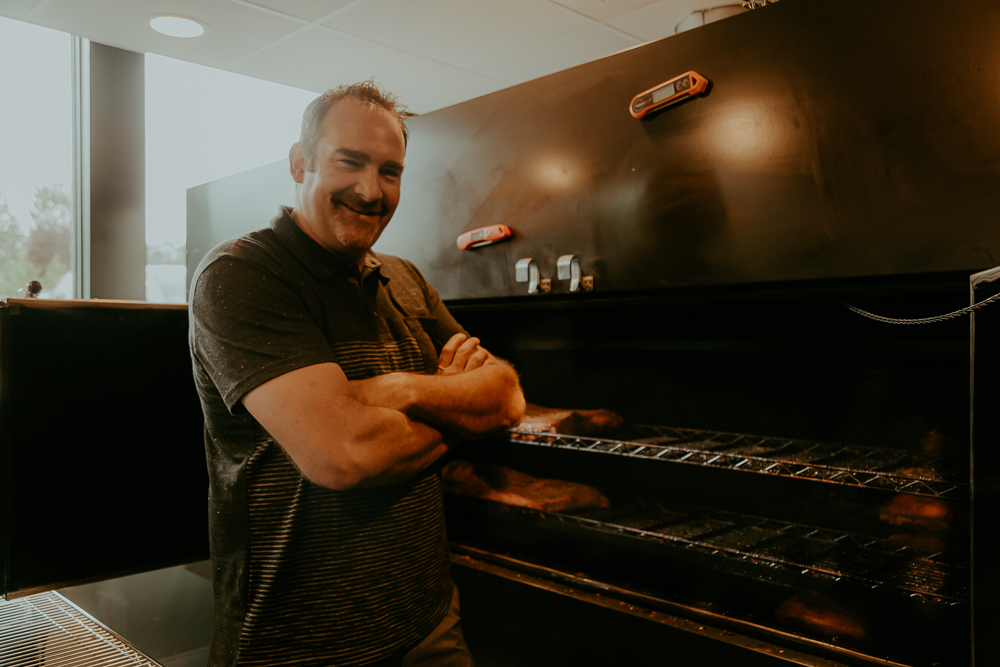 While Lot One is a gourmet pub offering salads, burgers, bowls, grilled dishes, and craft cocktails, Lot Que is strictly barbecue. â€œWe knew we wanted a different food concept in the area and during COVID we thought about food concepts that would work well for take out,â€ explained Timon. The barbecue concept was a natural fit due to Timon’s passion for smoking meat at home and the chef’s barbecue experience at Lot One in Kansas City. â€œThe barbecue is very personal and probably very religious depending on where you grew up. Colorado doesn’t have a style yet, so we wanted to appeal to all styles, â€said Timon.

From Texas-style beef brisket to Kansas City-style ribs to southern-inspired sauces, Lot Que is a hit with all meat lovers. Lot Que’s sides stand out even among the sea of â€‹â€‹bland coleslaw and potato salads at most barbecue restaurants. â€œWe’re taking middle sides and taking them up a notch,â€ said Timon. The sweet potato cornbread is chewy and sweet but won’t crumble when you eat it, the ranch coleslaw has a bit of spice and isn’t too tasty and the mac and cheese and bacon and the casserole hash browns are delicious on their own.

The advantage of Lot One and Lot Que being in the same building is that you can order a cocktail, beer or glass of wine from Lot One and take it away or drink it in Lot Que and vice versa with the food. This makes it handy when you want brisket and your partner wants a salad. Lot Que also serves ice cream from High Point Creamery for a sweet and fresh dessert after your meal or to savor while listening to the live music that is played every Tuesday and Wednesday evening behind the building.

The opening of Lot Que marks only the second in Timon and Miles’ growing family of restaurants. Keep an eye out for the two in the future and follow their journey on Instagram.

All photographs by Brandon Johnson.